This email address is being protected from spambots. You need JavaScript enabled to view it.

In the previous blog posts we have created a system to build automatically (or with a single button) the FPGA bitstream.

Let’s imagine a bug is flagged after a bitstream has been released. The questions we need to answer to fix the problem are:

I have created a simple system version IP core block for Xilinx Vivado where major and minor version numbers can be configured from the block design GUI and the build number is the Jenkins build number. 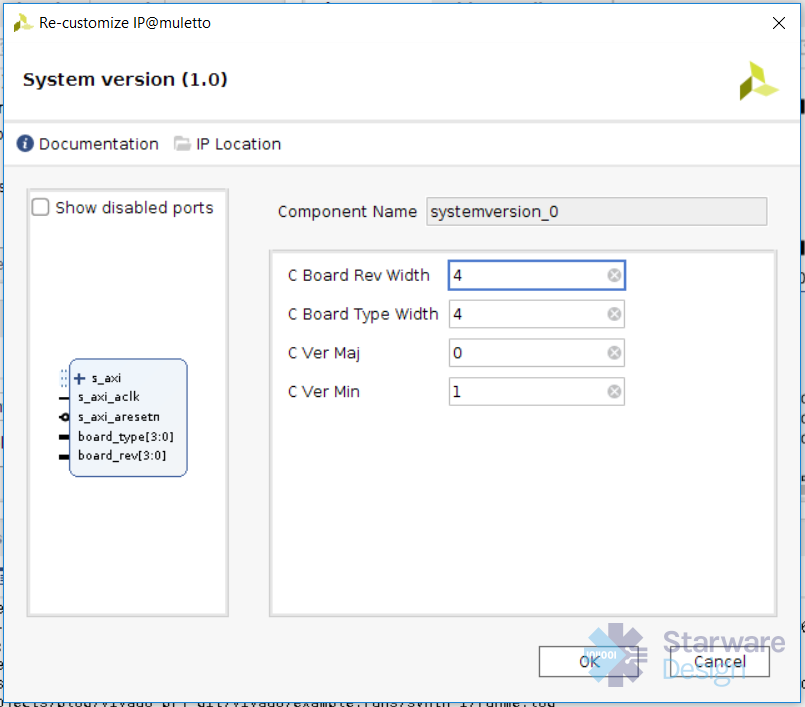 The build_bitstream.tcl script has been updated to set the build number in the system version IP core.

The complete source code is available on github (IP repo and example project).

Now to answer question 1) add the system version IP core to your design and provision a way to read the version from the system i.e. print it on the console when the system starts. Once the infrastructure is in the place, the build number will be stored inside the FPGA bitstream automatically.

If you missed the previous blog posts, you can find them here. Follow Starware Design on Twitter @starwaredesign to get notified of new blog posts.

Whether you need a consultant to be part of your team on-site or a turnkey solution, Starware Design has the capability to suit your requirements.

This email address is being protected from spambots. You need JavaScript enabled to view it.